What's Left of Amazon China Will Need A Miracle to Stay

Amazon's Many Sources of Failure

After Amazon released official reports earlier this month that the mammoth US ecommerce company would abandon its China marketplace, media outlets and bloggers all over the net quickly panned out speculation and recaps of the company’s previously suspected failure.

They’ve pointed to lack of localization, with Amazon choosing to transplant their US model to China, using fulfillment centers and setting up their own distribution, resulting in costly logistics, while fierce and innovative competition chose to partner with smaller distributors. The deep pockets of competitor’s investors comfortable with long-term loss and Amazon’s mistrust of its own China team through bureaucratic management were issues also outlined as causes of failure.

Slow shipping was another factor, since urban consumers are accustomed to two to six hours delivery speeds from JingDong, and they have fallen in love with 外卖 “wàimài” (take out) apps that deliver food within thirty minutes to an hour. Amazon fumbled with a clumsy mobile app design considering  4.2 hours a day of Chinese leisure time is spent on mobile apps. Their poorly-fit payment system was noted as part of the failure, as it forces consumers to use credit cards in a country where $5.5 trillion was spent in mobile/digital payments in 2017. And the most surprising of cited factors by media outlets and marketing firms trying to find a reason for Amazon's failure is that Chinese consumers don’t like clean designs. A surprising point because WeChat, Alipay, Didi ChuXing, and Ofo, top apps in China, have arguably clean designs.

Along with these failures, they missed to capitalize where they had an upper hand, such as with authenticity, strategic KOL marketing and with niche needs. In 2013, JingDong (JD) was already often sited by Chinese consumers as the place to turn to for authentic goods and Taobao sited as cheap but full of fakes. Though JD was already taking a strong base in the area of authentic domestic goods, legitimate English and foreign language books and literature were still hard to find.  Amazon should have had an upper-hand with their acquisition of Joyo.com and their connection to publishers all over the world.  China’s English language learning market is a profitable one, as shown with the recent success of VIPKid.

Within the streets and subways of China, JD has taken a marketing plan to partner with key import brands and Chinese celebrities to drive traffic to its site and increase its brand awareness. Amazon could have taken this KOL marketing route years earlier with its ties to these very same global brands. Now, Amazon has no hope of establishing itself as the supplier of authentic brands with JD winning such strong consumer loyalty.

Along with missing the niche English literature need and KOL marketing, Amazon also missed opportunity to fill other niche needs, such as offering an English-based ecommerce experience in China to already loyal expatriate customers, familiar with Amazon in their home countries. This English-based ecommerce need was filled successfully by Baopals instead. Baopals is an ecommerce startup founded by Americans in China that gives expatriates a way to shop on Taobao in English.

Despite shutting down the domestic marketplace, Amazon intends to stay in China with its remaining services, including Amazon Web Services, Kindle ebook and content services, and cross-border ecommerce, connecting the domestic Chinese consumer to global goods and the Chinese seller to overseas markets. But just like its marketplace woes, Amazon is facing an uphill battle in China with its other services too.

Amazon Web Services has undoubted dominance in the global industry for cloud computing and web services, but accounts for only 11% of the market share in Asia-Pacific while Alibaba Cloud accounts for 19.6%. In China specifically, AWS chose to partner with local cloud providers for a plethora of reasons, primarily staying legal under tight Internet and data legislation. But even with this local partnership, AWS holds a meager 6.9% while Alibaba Cloud grips 43% in China. Though certainly AWS suffers from tightly controlled legislation, collecting new customers in China for their cloud services would need to take targeted, innovative marketing at significant costs. Both Tenecent and Alibaba already have strong digital customer bases in China through their different digital products, allowing for lower marketing costs for their clouds through product upselling and ad displays in their popular apps.

With the history that local partnership does not necessarily favor Amazon, this leads to doubts that a rumored partnership between Amazon and the top China cross-border ecommerce site, Netease Koala, would change anything for Amazon, since Amazon is already losing in China’s cross-border ecommerce field. The top three competitors, including Netease Koala, take up 64.3% of the market and Amazon is not even listed in the top five competitors. Thus, the merge would look to help Netease Koala’s already established Chinese presence, rather than Amazon, by adding credibility with global brands.

In light of this, one could speculate that Amazon currently has an advantage in the global market in helping Chinese sellers reach overseas customers, but perhaps not for long as Alibaba and JD both grow in their overseas acquisitions and business development. Alibaba is launching a Russian TMall and looking to invest in any market it can get its hands on. JD is utilizing the help of Google and Walmart to reach European and US audiences. This would give Chinese sellers the opportunity to pick between the three competitors instead of naturally having to opt for Amazon. With Chinese investors having a high tolerance for revenue loss and deep pockets, the strategy for the companies might be to bleed Amazon in other markets in order to win the hearts of Chinese sellers.

On top of these bleak outlooks, Amazon eBook and Kindle’s prospects in China do not look hopeful either. In 2019, there were 380 million users of Chinese mobile reading apps, and Amazon Cloud Reader was not listed in the top ten competitors of the market.

The modern Chinese consumer is incredibly more group-oriented than the average American consumer, who popularized Kindle and Facebook. Both of these experiences are individual, with Kindle being a way to privatize and focus the reading experience, while Facebook highlights individual moments and personal interests through its curated algorithms.

Facebook’s “counterpart” in China, WeChat, pushes people together and naturally creates a platform that encourages face-to-face gatherings through user-created interest groups. WeChat already provides thousands of hours of user-generated reading content, hosted within WeChat on subscription accounts, or brought in through links. With the Chinese light reading experience already being one that is uniquely social on WeChat, it is no surprise that domestic Chinese designers of mobile book reading apps are continuing that social experience. Kindle and Amazon Cloud Reader would need to change their whole design model to compete in the Chinese market.

One area where Amazon might dominate is in its expansion to ocean freighting, rivaling competitors like DHL and FedEx. A concern would be both the US and China’s regulatory environments in trade, without even considering that Alibaba has its sights set on logistics too, with plans in China and key partnerships in Australia. With all other Amazon services set to fail, time will only show if ocean freighting will be Amazon’s last hope to keep business going in the second largest economy in the world. 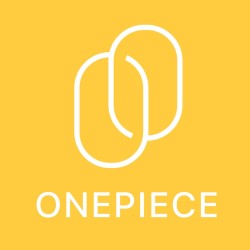 How to Capitalize on Startup Resources for Minority Founders

How Outer Turned a Chinese Family Manufacturing Business Into a Trendy L.A. Brand

What Western Marketers Can Learn from China